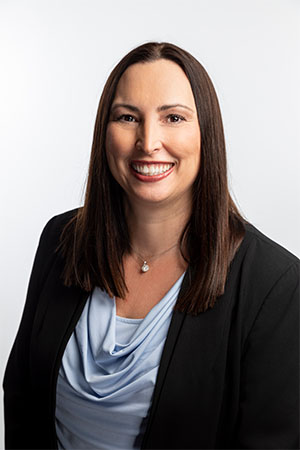 Ms. McEntire is relentless in her pursuit of justice for clients against employers who commit wage theft. She learned the value of hard work early in life from growing up on a family cattle farm in Kansas. She is a tireless advocate for clients who deserve to be paid for the work they have performed.

She returned to Arkansas to attend the University of Arkansas at Little Rock William H. Bowen School of Law and graduated in 2007 with Honors. In law school, Ms. McEntire was the recipient of multiple academic scholarships, served on the UALR Law Review editorial board as the National Conference of Law Reviews Editor and clerked for several Little Rock firms.

Upon graduation from law school, Ms. McEntire began an adventure with her husband, an active duty Army officer, and moved to Hawaii for five years where she had the opportunity to practice law on the islands of Oahu, Maui, Kauai and the Big Island of Hawaii. Ms. McEntire’s practice focused on workers’ compensation, employment discrimination, insurance coverage and civil litigation. She successfully investigated and prosecuted insurance fraud and obtained favorable decisions and settlements in numerous contentious cases.

Ms. McEntire currently resides with her family in San Antonio and practices in Texas.